As if to prove that what she is able to form she does not cease to shape also, she gives growth and proportions to these people, until they arrive at perfect vigour, tall and handsome in person, and with agreeable and ruddy countenances. But although they are richly endowed with the gifts of nature, their want of civilisation, shown both in their dress and mental culture, makes them a barbarous people.

For they wear but little woollen, and nearly all they use is black, that being the colour of the sheep in this country. Their clothes are also made after a barbarous fashion. Their custom is to wear small, close-fitting hoods, hanging below the shoulders a cubit's length, and generally made of parti-coloured strips sewn together.


Under these, they use woollen rugs instead of cloaks, with breeches and hose of one piece, or hose and breeches joined together, which are usually dyed of some colour. Likewise, in riding, they neither use saddles nor boots, nor spurs, but only carry a rod in their hand, having a crook at the upper end, with which they both urge forward and guide their horses.

They use reins which serve the purpose both of a bridle and a bit, and do not prevent the horses from feeding, as they always live on grass. Moreover, they go to battle without armour, considering it a burthen, and esteeming it brave and honourable to fight without it.

But they are armed with three kinds of weapons: namely, short spears, and two darts; in which they follow the customs of the Basclenses Basques ; and they also carry heavy battle-axes of iron, exceedingly well wrought and tempered. These they borrowed from the Norwegians and Ostmen, of whom we shall speak hereafter. But in striking with the battle-axe they use only one hand, instead of both, clasping the haft firmly, and raising it above the head, so as to direct the blow with such force that neither the helmets which protect our heads, nor the platting of the coat of mail which defends the rest of our bodies, can resist the stroke.

Thus is has happened, in my own time, that one blow of the axe has cut off a knight's thigh, although it was incased in iron, the thigh and leg falling on one side of his horse, and the body of the dying horseman on the other. When other weapons fail, they hurl stones against the enemy in battle with such quickness and dexterity, that they do more execution than the slingers of any other nation.

The Irish are a rude people, subsisting on the produce of their cattle only, and living themselves like beasts—a people that has not yet departed from the primitive habits of pastoral life. In the common course of things, mankind progresses from the forest to the field, from the field to the town, and to the social condition of citizens; but this nation, holding agricultural labour in contempt, and little coveting the wealth of towns, as well as being exceedingly averse to civil institutions—lead the same life their fathers did in the woods and open pastures, neither willing to abandon their old habits or learn anything new.

They, therefore, only make patches of tillage; their pastures are short of herbage; cultivation is very rare, and there is scarcely any land sown. This want of tilled fields arises from the neglect of those who should cultivate them; for there are large tracts which are naturally fertile and productive. The whole habits of the people are contrary to agricultural pursuits, so that the rich glebe is barren for want of husbandmen, the fields demanding labour which is not forthcoming.

Very few sorts of fruit-trees are found in this country, a defect arising not from the nature of the soil, but from want of industry in planting them; for the lazy husbandman does not take the trouble to plant the foreign sorts which would grow very well here. There are four kinds of trees indigenous in Britain which are wanting here.

Two of them are fruit-bearing trees, the chestnut and beech; the other two, the arulus and the box, though they bear no fruit, are serviceable for making cups and handles. Yews, with their bitter sap, are more frequently to be found in this country than in any other I have visited; but you will see them principally in old cemeteries and sacred places, where they were planted in ancient times by the hands of holy men, to give them what ornament and beauty they could.

The forests of Ireland also abound with firtrees, producing frankincense and incense. There are also veins of various kinds of metals ramifying in the bowels of the earth, which from the same idle habits, are not worked and turned to account.

The history and topography of Ireland :

Even gold, which the people require in large quantities, and still covet in a way that speaks their Spanish origin, is brought here by the merchants who traverse the ocean for the purposes of commerce. They neither employ themselves in the manufacture of flax or wool, or in any kind of trade or mechanical art; but abandoning themselves to idleness, and immersed in sloth, their greatest delight is to be exempt from toil, their richest possession the enjoyment of liberty.

This people, then, is truly barbarous, being not only barbarous in their dress, but suffering their hair and beards barbis to grow enormously in an uncouth manner, just like the modern fashion recently introduced; indeed, all their habits are barbarisms. Edited by James F.


O'Meara, John F. Introduction to The History and Topography of Ireland , By Gerald of Wales, translated by John F.

I'd like to be notified of new arrivals in the following categories. 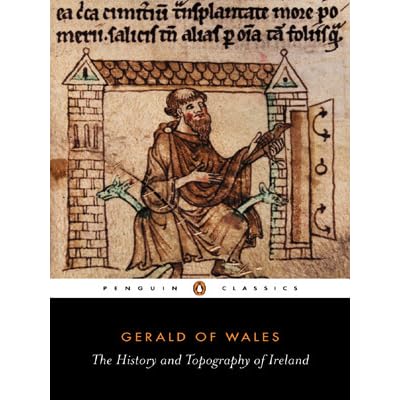 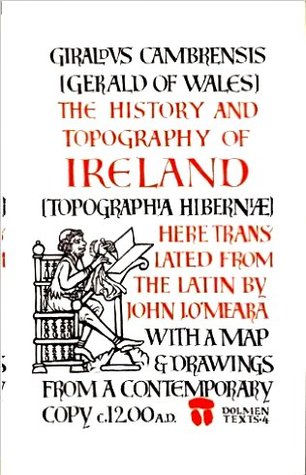 Related The History and Topography of Ireland